Watch the films, hook on to your passion and be inspired to take action. We’ll have an information desk with projects and campaigns from our Community Partners. You can also find connections and ideas for change on our Take Action pages.

This year’s Elemental theme sparks conversations around the four elements - earth, water, fire, and air - and how they create multifaceted perspectives on climate issues. As we push on the elements, they push back harder at us, and we see that people are banding together with the knowledge that change isn’t just necessary - It’s Elemental. 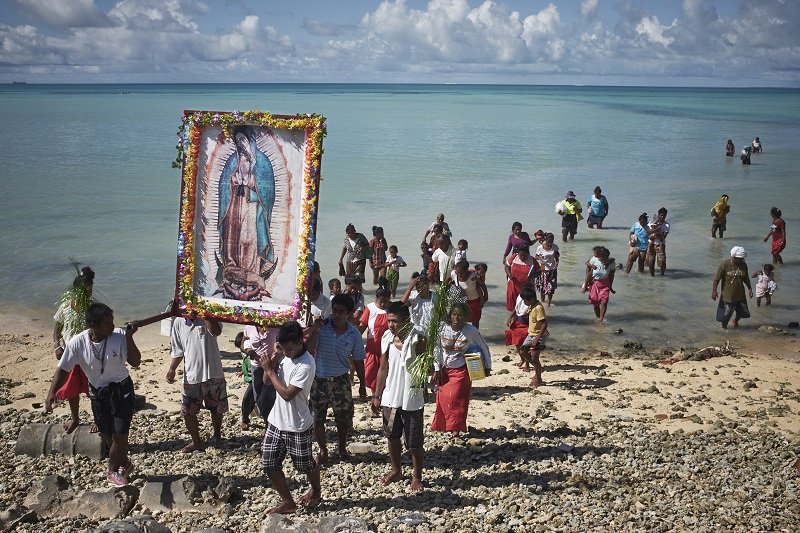 Renowned photographer James Balog (CHASING ICE) reveals how environmental change is affecting the lives of everyday Americans by framing his journey around the four classical elements— air, earth, fire and water. THE HUMAN ELEMENT tells a compassionate and urgent story while giving inspiration for a more balanced relationship between humanity and nature.

San Francisco Premiere – Bay Area filmmakers take us on a journey from the Rim Fire of 2013 to the Wine Country wildfires of 2017, revealing how fire suppression and climate change have exposed our forests and wildland-urban landscapes to large, high-severity wildfires, and exploring strategies to mitigate future disasters.

Yi Yeting, a Chinese migrant factory worker, is struggling to survive occupational leukemia and helping others poisoned by assembling smartphones. He brings his fight against benzene from his hospital room to Silicon Valley and the international stage. Against huge odds, Yi confronts corporate and government interests, while empowering and inspiring the people around him.

Meet passionate teenage innovators from around the globe who are creating cutting-edge solutions to confront the world’s environmental threats – found right in their own backyards – while navigating the doubts and insecurities that mark adolescence. Take a journey with these inspiring teens as they prepare their projects for the largest convening of high school scientists in the world, the Intel International Science and Engineering Fair (ISEF).

Sneak Preview – A film about gentrification, poverty, and the politics of San Francisco. Nail House tells the story how the fight over a tiny corner of local land became a mirror for grassroots protests around the world, and an illustration of the fight to preserve the spirit of public property.

San Francisco Premiere – A multi-billion-dollar American development is poised to engulf a small coastal community in Baja California Sur with a mega hotel/condo complex. But local people are banding together to save their way of life and the delicate ecosystem on which they all depend.

San Francisco Premiere –  Liberian activist Silas Siakor is a tireless crusader against illegal logging and corruption. SILAS depicts a new generation of resistance, warns of the power of politics, features the role of technology in our rapidly-changing world, and highlights the impact one person can make to change the system from the ground up.

THE TORTOISE AND THE TAPIR

USA Premiere – Haunted by images of empty water reservoirs in the Brazilian southwest, Eliza Capai tries to understand the gigantic constructions being built in the middle of Amazon forest, including the imposing Bel Monte dam. Upstream, she finds a spirited victory against hydro dam projects in neighboring Peru led by Goldman Environmental Prize Winner Ruth Buendía.

California Premiere – Famed Indigenous activist Madonna Thunder Hawk and her daughter Marcella are highlighted in this uplifting documentary about an indomitable spirit undeterred by age or government apathy. From the rise of the American Indian Movement (AIM) to the Wounded Knee incident of 1973, and most recently the North Dakota Access Pipeline protest, WARRIOR WOMEN rekindles the memories and long-standing legacy of the Red Power movement's matriarchs.

Work-in-Progress – A special preview screening and youth activist workshop. An intimate look at a group of youth plaintiffs, ages 10–21, as they embark on the groundbreaking—and possibly most important—climate change litigation of the 21st century. The fight to secure their legal right to a healthy atmosphere and a stable climate for not only their generation, but for generations to come.

YOUTH UNSTOPPABLE: THE RISE OF THE GLOBAL CLIMATE YOUTH MOVEMENT

California Premiere – 2018 Young Filmmaker Award – Slater was just 15 years old when she started questioning her local politicians about their inability to pass laws to protect the environment. She soon took it upon herself to document their eco efforts and growing movement on camera, traveling around the globe on the front lines of climate change.

World Festival Premiere – From substations to gas stations, boardrooms to military bases -- this film tells the story of America’s energy industry on the brink of massive change. Whether it fails, prevails or adapts, the outcome will profoundly affect us all. This is the first in a series of new films about the future of the grid from American Resilience Project, producers of Green Film Fest 2017 award-winner Tidewater.

DECODING THE WEATHER MACHINE WITH PBS/NOVA

Disastrous hurricanes. Widespread droughts and wildfires. Withering heat. Extreme rainfall. It is hard not to conclude that something’s up with the weather, and many scientists agree. It’s the result of the weather machine itself—our climate—changing, becoming hotter and more erratic. Join producers of NOVA and leading climate scientists to see clips from this 2-hour PBS special and discuss how Earth’s climate system is changing.

Educational Premiere – Filmmaker James Redford embarks on a colorful personal journey into the dawn of the clean energy era as it creates jobs, turns profits, and makes communities stronger and healthier across the US. Pioneering clean energy solutions are revealed, from Georgetown, TX to Buffalo, NY, to Folsom, CA.

POINT OF NO RETURN

Point of No Return takes you behind the headlines of the first solar-powered flight around the world—where two courageous pilots take turns battling nature, their own crew, and sometimes logic itself, to achieve the impossible. Not just to make history, but to inspire a revolution.

DUSK CHORUS - based on ‘Fragments of Extinction’

California Premiere  – Follow David Monacchi - a high-tech explorer and eco-acoustic composer - in his quest through the Amazonian forests of Ecuador to record pure 24-hour continuous 3D soundscapes in the place with the highest biodiversity on the planet. The film offers a unique listening experience of the vanishing sonic heritage of millions of years of evolution.

California Premiere – On the remote New Siberian Islands in the Arctic Ocean, hunters are searching for the tusks of extinct mammoths. Thawing permafrost releases an intact mammoth carcass in addition to the precious ivory, which sets genetic scientists on a controversial quest to clone a living mammoth. Winner of the World Cinema Documentary Special Jury Award for Cinematography at Sundance 2018.

San Francisco Premiere – A visually dazzling meditation on the delicate balance between human and nature, The Guardians elegantly interweaves the lives of the iconic Monarch butterfly with an indigenous community in Mexico. Both depend on the same ancient forest for their survival and now face an uncertain future.

San Francisco Premiere – Walter Munk’s brilliant scientific “failures” and pursuit of daring exploration have changed the way we understand our Blue Planet and literally helped save western civilization. His work in oceanography pioneered our modern understanding of tides, ocean circulation, and surf forecasting. Now, at age 100, Walter is on a mission to research the unique flying Devil Rays that bear his name.

USA Premiere – In Africa and Asia, two filmmakers embed themselves on the front-lines of a species genocide when they are given exclusive access to the enforcement aspect of the war for rhino horn. From rangers, pilots and K9 units patrolling national parks to elite police units raiding wildlife trafficking dens... they find themselves in some hair-raising situations.

California Festival Premiere – The behind-the-scenes story of how classical musicians joined with indigenous drummers for a stunning performance of Natural History, a new composition by Michael Gordon inspired by Oregon’s breathtaking Crater Lake. Featuring the Britt Orchestra and the Klamath Tribe drum group Steiger Butte Singers, in a dynamic interaction between this extraordinary musical experience and the spectacular setting.

TAWAI: A VOICE FROM THE FOREST

USA Premiere –  “Tawai” is the word the nomadic hunter-gatherers of Borneo use to describe their inner feeling of connection to nature. In this dreamy, philosophical and sociological look at life, explorer Bruce Parry travels the world to learn from peoples living lives very differently to our own.

USA Premiere – The Park Slope Food Coop, a food cooperative in the heart of Brooklyn with 16,000 members, challenges both traditional capitalism and the basis of food production and distribution systems. The film has spawned a movement in France, including the opening of La Louve Coop in Paris last year.

USA Premiere – Italy is renowned the world over for its excellent food. Yet thousands of foreign workers support the country’s agri-food production. This bold docu-musical shows the daily exploitation of Sikh field workers, combining documentary with traditional Punjabi choreography to illustrate the exploitation of Indian workers in the Italian fields.

WASTED! THE STORY OF FOOD WASTE

A film to change the way we buy, cook, recycle, and eat food. Chef-heroes Anthony Bourdain (the film’s executive producer), Dan Barber, Mario Batali, Massimo Bottura, and Danny Bowien, make the most of every kind of food, transforming what most people consider scraps into incredible dishes that create a more secure food system.